Watch out for Hemlock 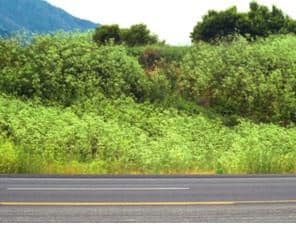 Watch out for Hemlock

Hemlock Grove is not just for Netflix anymore. Although you may not have a vampire or a werewolf lurking in your garden, deadly hemlock may be flourishing there, because of the increased rainfall Colorado Springs has seen this year--the most since 1937. Although it usually only grows in wet areas like river beds, this year hemlock has been spotted throughout the city. This poisonous weed is clever, so watch out! It disguises itself as edible plants to try and fool you.

The Different Stages of Hemlock

Does this look like parsley or cilantro to you? Just want to break off a leaf and lay it on your tongue? Don't! Greet Baby Hemlock. It may be hard to visually identify at this age, but if you crush the leaves and smell must, not fresh, you've got Baby Hemlock. But beware!  Don't crush it with your fingers--it's deadly to touch. You can pull it at this stage. Make sure you get the whole root, and wear gloves. [caption id="attachment_2786" align="alignleft" width="101"]

Like all teenagers of any species, Master Hemlock is attractive, with fern-like leaves. It might fool you into thinking it's a young carrot. Repeat this easy to remember phrase when you eyeball Master Hemlock: It's Bull, don't Pull! Don't lay a finger on this guy, it's no delicious carrot. You should use herbicides at this stage to destroy the whole plant. Do not pull it without gloves. [caption id="attachment_2787" align="alignleft" width="93"]

A beautiful bush, you might think, with nice white wild flowers. But don't pick them for your mother, for this is our full grown version--Mr. Hemlock himself. Deer don't even eat this monster weed. The flowers grow in florets, each with 5 petals. Now you can really look up to Mr. Hemlock, because he can grow to 8 feet tall. Once plants get to this stage, you might want to call for help to remove them. Mr. Hemlock is a "List C Species" in Colorado, which means it MUST be destroyed. Remember, hemlock is a poison! Don't mess with it yourself unless you know what you're doing. [caption id="attachment_2788" align="alignleft" width="110"]

Old, brown and wrinkly, just holding onto his seeds, is Old Man Hemlock. It is very important to make sure these seeds do not get spread on your property. Although Old Man Hemlock looks harmless at this stage, he still has a bite. This weed is still poisonous. It must be removed and disposed of before spring. For more information, we've attached a pamphlet from the Colorado Department of Agriculture about the Identification and Management of poison hemlock. Enjoy it here, share it with your friends, and download the PDF to read at your leisure by clicking here. And remember--watch out for hemlock!